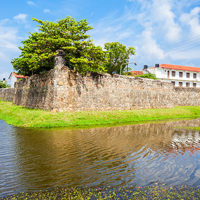 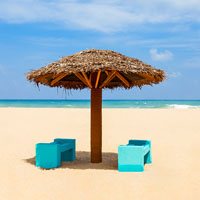 Located approximately 300 kilometres away from the confines of Colombo, is the small, coastal village of Pasikudah. Translating to mean ‘green-algae-bay’ in ancient Tamil, the village was ravaged by the devastating tsunami that hit the island on Boxing Day in 2004 but has since rebuilt itself, in part due to the increased investment in the area owing to its growing appeal as a holiday destination. The village is a favourite among locals and foreigners, famed for its stunning vistas and soothing seaside atmosphere.

Known to have one of the longest stretches of shallow reef coastlines in the world, tourists visiting the village find themselves walking kilometres into the azure sea, given both how shallow the water is and its relatively low currents. The stretch is home to a number of luxury resorts and hotels, capitalising on the tropical weather and golden sands of the East Coast. Some of these include the highly popular MaaluMaalu Resort & Spa, a stunning eco-friendly hotel dotting Pasikudah’s sandy shores, as well as the luxurious Sunrise by Jetwing.

The Pasikudah beach itself is something straight out of a tourist brochure, with its soft sands and gently swaying palm fronds, against a backdrop of the sun dappled Indian Ocean. Apart from soaking up the rays and indulging in a relaxing siesta on its sandy shores, you can also go scuba diving, snorkelling or treat yourself to a little more luxury and go sailing on a yacht. The area is also a haven for adrenaline junkies who engage in a range of extreme sports including windsurfing, waterskiing and kite boarding.

You can also visit the Pasikudah Bay, a pristine sanctuary for nature lovers. Comprising of a shallow fringing coral reef, home to a number of coral communities and hotspot for brightly coloured aquatic life, a quick dip in these crystalline waters is not just a feast for the eyes, but also deserving of a #Blessed Instagram post. Proposed as a marine sanctuary by Sri Lanka’s National Aquatic Resources Research and Development Agency, this is one of the more famous tourist attractions on the Eastern strip of the country.

If this is not enough, you can also make a quick excursion to Batticoloa and indulge in its own attractions and sites of importance. Encircled by the majestic Batticoloa Lagoon and tourist friendly beaches, the town is a part of the much larger Batticoloa district and home to a number of historical and ecological sites. These include the famous Kallady Lagoon where one can find ‘singing fish’ between the month of April and September. While they don’t belt out rendition of popular tunes, the fish emit a musical vibration which can be heard on nighttime boat tours undertaken in the area. A serene trip across the rippling black water of the Lagoon is all one needs to escape the bustle of everyday city life!

Batticoloa is also home to the historic Portuguese and Dutch fort, a remnant of the country’s colonial past. Originally a Portuguese settlement, it was constructed in 1628 as a trading and administrative centre. The fort was later captured by the Dutch in 1638, upon the urging of the Kandyan King at the time, in an eager attempt to get rid of the Portugese. Surrounded by a moat and the lagoon, the fort remained in Dutch power until it fell into hands of the British nearly two centuries later. The site also carries significant religious importance given the presence of a Buddhist Stupa and shatradating back to the Ruhuna Kingdom. If you’re more interested in exploring the ecological treasures of the East however, a visit to the tongue-twisting Sathurukondan Wetlands is a must visit.

If you’re interested in more information on picturesque Pasikudah, feel free to hit us up! In the meantime check out our sections below for more places to visit. 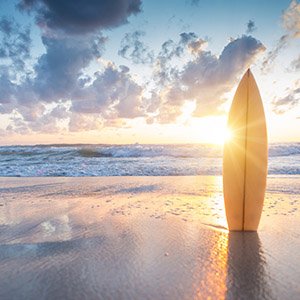